When no demonstrations are being held at the Hofgarten, many students take time out to sunbathe and relax there, 2007.
ullstein bild - imageBROKER/KFS

Located in front of the former Electoral Palace (which since 1818 has housed Bonn University) the Hofgarten has been the scene of several major political rallies since 1968.

In August 1760, Prince-elector Clemens had a baroque garden planted in front of the Electoral  Palace. It was ceded to the newly founded Bonn University in 1818. Located in the heart of the city and lined with rows of trees on either side, the Hofgarten is the ideal venue for rallies and demonstrations of all kinds. It is located at the edge of the Bannmeile – the restricted area around government buildings where public meetings and marches are prohibited, which extends from the government district to Weberstraße and Zweite Fährgasse. Plus the Bonn central station is right nearby.

Thus rallies and marches have been held in Bonn have traditionally not been limited to the German student movement or peace-movement demonstrations in the 1960s and 1970s – or to the Hofgarten. For example, on 10 December 1963 some 30,000 war invalids marched through the city to demand increased government funding for themselves and millions like them. And in 1984 alone, according to the Bonn police there were 420 public meetings and marches of every description in the city. 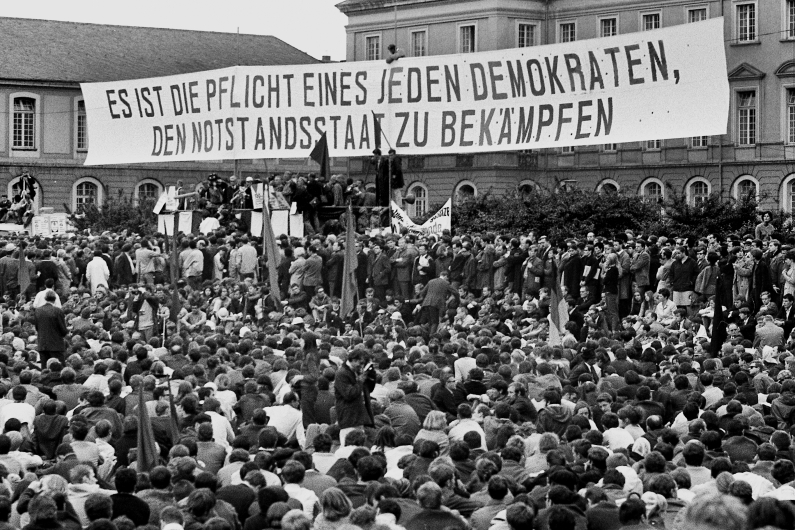 After a march to protest recently enacted emergency laws, demonstrators gathered at Bonn’s Hofgarten on 11 May 1968.
Bundesregierung/Jens Gathmann

But of all these Hofgarten events, only four are have made it into the history books. On 21 May 1968, four weeks after activist Rudi Dutschke was shot by a would-be assassin in Berlin, more than 20,000 demonstrators gathered to protest against the infringements of civil rights that were expected to result from passage of the German Emergency Acts by the Grand Coalition.

A journalist for the newspaper Die Zeit reported feeling moved by this “emergency happening” – upon seeing a protest march “come to an abrupt halt at a red light; and when the light turned green, they immediately proceeded, at a trot, chanting Ho Ho Ho Chi Minh. […] The columns of demonstrators converged at the Hofgarten. Amongst the trees a sea of heads swayed, and above them there were red flags and banners emblazoned with anti-state of emergency slogans. One banner said, ‘Democracy’s a no-go without the Communist Party’, while another contained a depiction of Rudi Dutschke that evoked the head of Christ. According to police estimates, the demonstrators numbered 25,000 – but the organisers put the number at 70,000.”

On 10 October 1981, more than 250,000 demonstrators converged on the Hofgarten to protest the Nato Double-Track Decision, which had been promulgated on 12 December 1979 and called for the stationing of additional ballistic missiles in Europe. 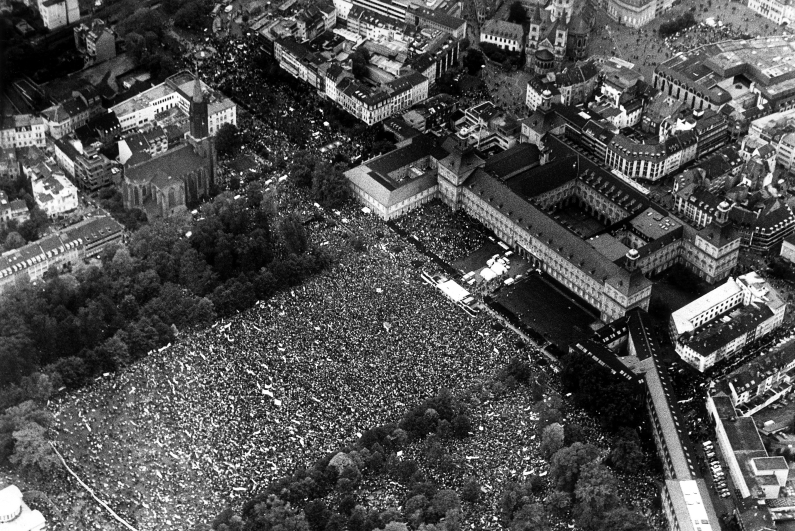 Demonstrators protesting the NATO Double-Track Decision gather in the Hofgarten on the occasion of the closing rally, on 10 October 1981.
ullstein bild - dpa

Two years later about half a million people demonstrated for peace at the Hofgarten and subsequently formed a human chain in the Bonn government district. And in 1996, some 350,000 people came to the Hofgarten from all over Germany for a major rally entitled “Für Arbeit und Gerechtigkeit” (“For employment and justice”), whose goal was to protest the austerity measures being implemented by the government. 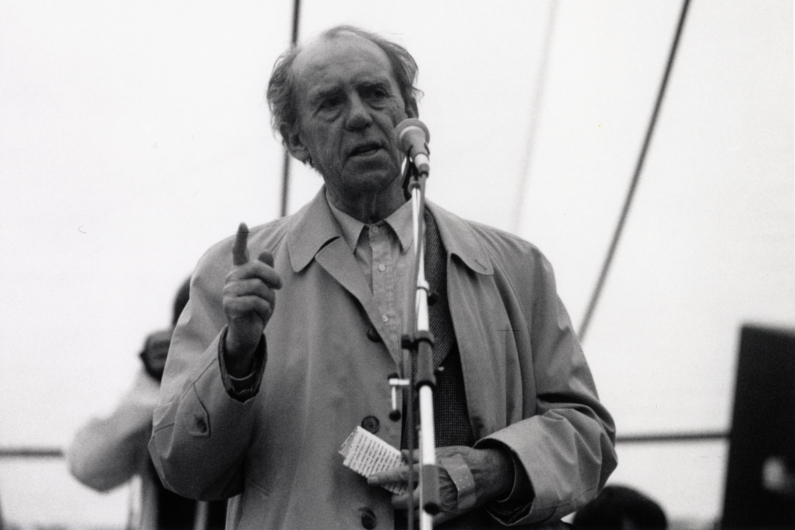 But these gatherings were nothing at all like the event that unfolded at the Hofgarten in October 1995, when in torchlight, before several thousand invited guests, the Bundeswehr (German armed forces) celebrated their 40th anniversary in front of Bonn University’s palatial building with a military show known as a Großer Zapfenstreich (“Grand Tattoo”) – a controversial event that was accompanied by the shouts of demonstrators’ protests coming from all around the venue.

... that during the Nato summit meeting in Bonn on 10 June 1982, 400,000 people gathered also in the Bonn-Beuel district (east of the Rhine) for a peace demonstration?