The Ministry of Justice was housed in Rosenburg Villa, near Venusberg, from 1950 to 1973. The personnel policies practised there are today a matter of controversy.

Located in Kessenich, Rosenburg Villa (1831) is a striking building, with its turrets, massive facades, and surrounding forest. During its early years the Ministry of Justice, which moved into Rosenburg villa in June of 1950, mainly focused on expunging wrongheaded Nazi statutes from existing laws. The agency also helped to harmonise German statutes, which, over time, had developed discrepancies from one occupation sector to another.

Thomas Dehler was West Germany’s first Minister of Justice. Neither he nor State Secretary Walter Strauß, who until 1963 held senior positions in various government ministries, was involved in Nazism. In fact, Thomas Dehler, one of the “fathers” of the Basic Law, had contact with members of the resistance movement against Hitler. 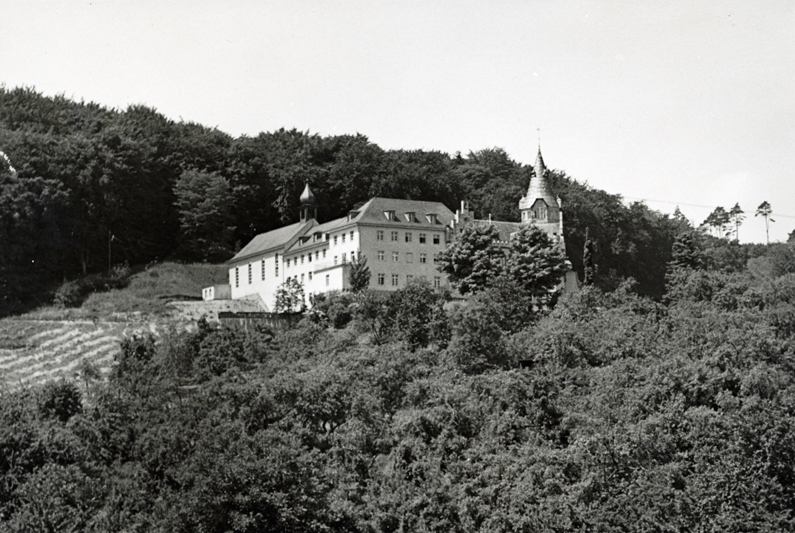 Against this backdrop, the Ministry’s personnel structure was surprising indeed: According to a 2016 study, from 1949 to 1953, former Nazi party members held well over half of the positions in the Ministry – and in some of its departments, more than 70 percent.” The study also notes that many ministry staff members “were directly involved in implementing the 'Führer’s aims'.”

This background affects modern attitudes toward what occurred at Rosenburg Villa. The jurists hired by Dehler and Strauß were undoubtedly highly qualified. The personnel files examined by the study authors contained a “peculiar collection” of “top-drawer jurists.” According to the study, the fact that these individuals were fully integrated into German society, and the positions they held later on, enabled them to be instrumental in establishing “domestic stability” in the fledgling Federal Republic.

However, the study authors stress that in the early days of the Federal Republic, prosecution of Nazi offenders was to all intents and purposes derailed by the German judiciary, which was abetted in this effort by the Ministry of Justice, and at the insistence of the federal government and in response to pressure from the German populace. The Ministry drafted the immunity laws of 1949 and 1954 calling for all Nazi offenders to be released from custody by 1958 or spared further prosecution. Among other dubious actions, the Ministry circumvented statutes of limitations that were on the books, devised “activities aimed at helping Nazi offenders avoid prosecution and imprisonment” and “delayed” the reversal of Nazi era forced-sterilisation court rulings, under the "Law for the Prevention of Genetically Diseased Offspring".

In 1974, the Ministry relocated to one of the two new Kreuzbauten buildings, which were situated between the government quarter and Bad Godesberg. Virtually all employees who had been incriminated had retired by this point. An agency known as Streitkräfteamt der Bundeswehr (German Armed Forces Office) moved into the Rosenburg Villa. From 1992 to 2004, the villa housed the Deutsche Bundesakademie für Sicherheitspolitik (Federal Academy for Security Policy). A new owner converted the building’s offices into flats in 2010.