The Federal Ministry of Economic Affairs has been headquartered in the Gallwitz barracks in Bonn-Duisdorf since 1950. Ever since Parliament and parts of the federal government were transferred to Berlin, the Ministry has been using the building as a secondary official seat.

Two logistical challenges arose following the 1949 founding of the Federal Republic and establishment of its capital in Bonn: (1) finding suitable premises for the government’s new ministries; and (2) figuring out where the staffs of these ministries were to be housed. The Ministry of Economic Affairs was to be headquartered in the former Gallwitz barracks. This facility contained ample space for the numerous staff members who had been stationed in Frankfurt since 1947 at the "Verwaltung für Wirtschaft" (Administrative Office of Economics), whose mission was to devise new economic policies for the British-American occupation zone. 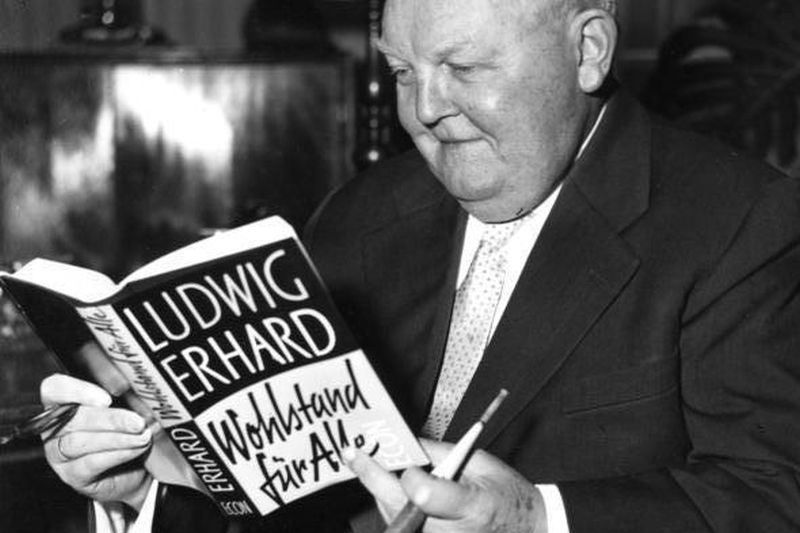 The search for housing for the Ministry’s staff members delayed the move – a problematic situation that was repeatedly pointed out by Ludwig Erhard, who was head of the "Verwaltung für Wirtschaft" in the American and British occupation zone at the time, before becoming Germany’s first Minister of Economic Affairs. Hence the Gallwitz barracks – which in 1936, following the remilitarization of the Rhineland, had been built to accommodate 564 soldiers and 400 horses – filled up slowly. The move was not completed until 1951.

"It was about rebuilding the joint. The spririt was: 'We have to roll up our sleeves. We have to put this in order' [...] there was no 'miracle', it was hard work and a sensible and successful economic policy."

Ludwig Erhard was one of Germany’s most popular senior government officials in the 1950s, when life in Germany was gradually returning to normal, in the wake of the traumatic experiences the populace had endured during the war and immediately thereafter. Erhard was a self-confident man who also exuded strength. On 20 June 1948, the day the currency reform came into effect involving introduction of the D-Mark into the American, British and French occupation zones, Erhard, in his capacity as director of the "Bizonenverwaltung" (Bizonal Economic Council) in Frankfurt, took it upon himself to rescind the Allied price-fixing and production controls – an act that ushered in the social market economy era in Germany.

In October 1952, Erhard, who was Minister of Economic Affairs at the time, made economist Alfred Müller-Armack director of the ministry’s Policy Department. Erhard had already appropriated the term social market economy from Müller-Armack’s 1946 book Wirtschaftslenkung und Marktwirtschaft (“Economic Governance and the Market Economy”). Müller-Armack aimed to combine the principle of free and open markets with a social-balance paradigm.

Erhard went down in the history books as "Mister Wirtschaftswunder" (“Mr Economic Miracle”) After Erhard’s tenure as Chancellor in Palais Schaumburg (1963–1966), the Ministry of Economic Affairs – to whose Duisdorf office building a “ministerial” edifice was added in 1962, followed in 1972 by a 14-storey high-rise – saw prominent individuals, including Social Democrats such as Karl Schiller and Free Democratic Party members such as Otto Graf Lambsdorff. But Erhard was the sole such luminary who became an icon, holding his 1957 book Wohlstand für alle (English edition: “Prosperity Through Competition”) in one hand and a cigar in the other. 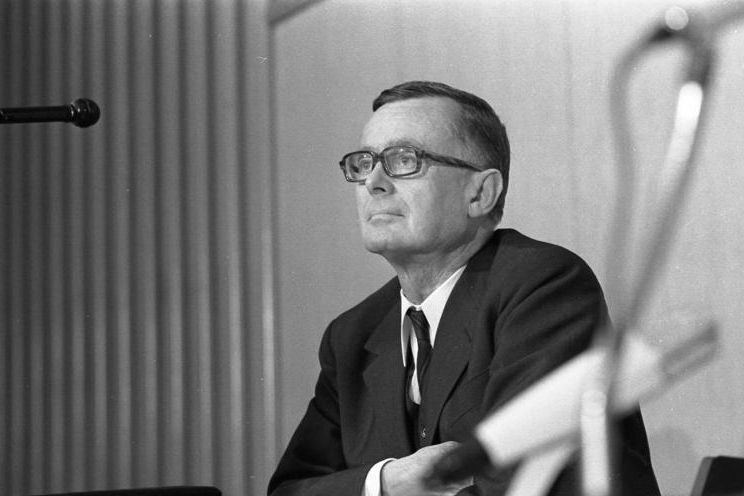 To this day, the Ministry of Economic Affairs maintains a secondary office building in Bonn. Known as "Haus K", in 2003 the edifice was renovated and was endowed with a new facade. In 2017, an apartment complex consisting of more than 500 residential units was built in the eastern portion of the campus. 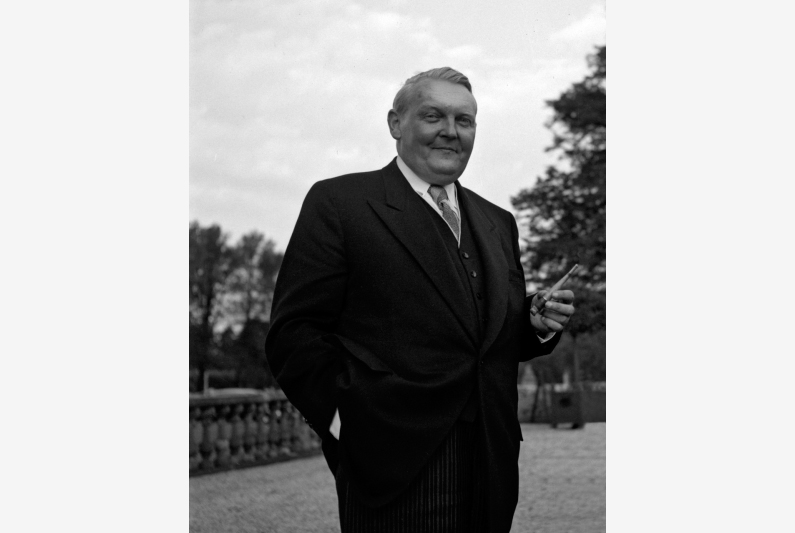 Federal Economics Minister Ludwig Erhard smiles into the camera on 13 September 1949, at a reception in honour of the Federal President in Brühl Castle Augustusburg. He is holding a a cigar in his hand, which becomes his trademark.
Erna Wagner-Hehmke/Hehmke-Winterer, Düsseldorf

… that Ludwig Erhard never officially joined the CDU? Until 1949, he was considered a Liberal. But this did not prevent him from holding the positions of Minister of Economic Affairs, Chancellor and even CDU chairman.