The building that once housed the Deutsche Bundestag is now part of the World Conference Center Bonn, 2015.
Bundesstadt Bonn/Michael Sondermann

The Deutsche Bundestag (Lower House of Parliament) held its sessions in this then new Bonn building from October 1992 to July 1999. The building’s extensive glass windows symbolise democratic openness and transparency. Today the building is part of the World Conference Center Bonn.

When, in 1949, the government took up residence in Bonn, this quiet university town on the Rhine was intended to be merely an interim capital, while Berlin waited in the wings. But this “interim” condition soon became permanent. In 1969, the Bundestag (Lower House of Parliament) adopted a resolution calling for Bonn to remain the interim capital of Germany for the foreseeable future, and to fulfil the functions of a seat of government. 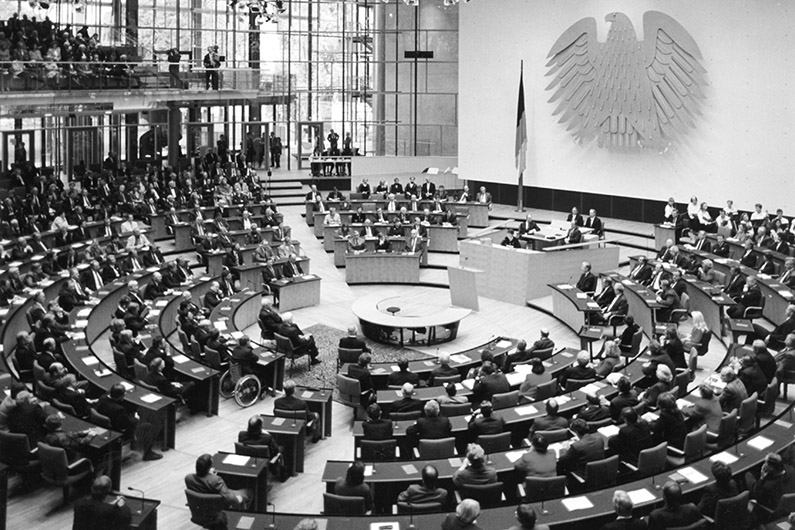 The first session of the Bundestag in its new parliamentary chamber was held on 30 October 1992.
Bundesregierung/Engelbert Reineke

The "Langer Eugen" office tower was ready for occupancy by the members of Parliament (MPs) – and in the meantime Willy Brandt got the ball rolling for construction of a new Chancellery. Shortly thereafter, in 1972, an initial tender was issued for the Parliament building, and the Stuttgart-based Büro Behnisch & Partner ultimately got the nod. But it took quite some time to complete the building, for democracy is a slow and exacting builder.

Finally, on 12 October 1987, excavators demolished the old Bundestag building that had been designed by Hans Schwippert. After many years of planning, budgetary discussions, modified specifications and a public debate about preservation of the existing building, a modern Bundestag building was to rise on the site of the old one. 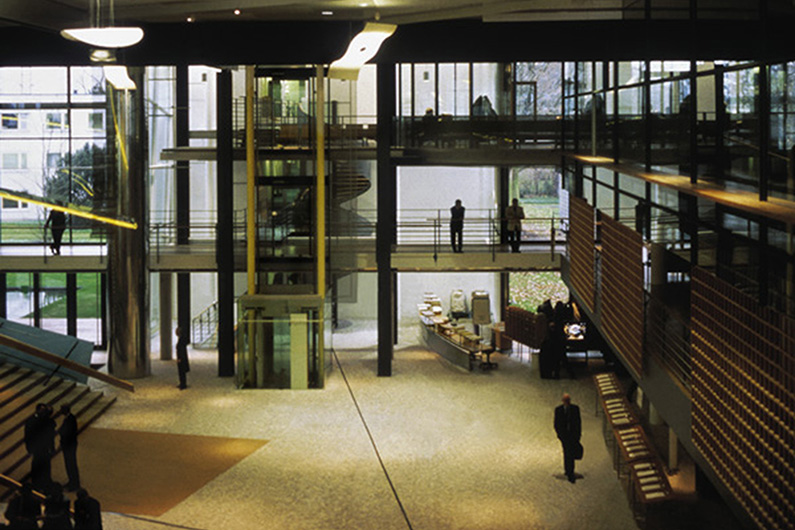 But, in a classic case of the best laid plans of mice and men going awry, in 1990, with construction in full swing, a divided Germany was reunified and in 1991 Berlin became the nation’s capital. As a result, the new Bonn Parliament building was relegated to the status of an understudy upon being inaugurated in 1992. “What a pity,” the weekly newspaper Die Zeit lamented, “that the Republic is only now beginning to take shape from an architectural standpoint and that our MPs are experiencing – now that it is essentially too late – the pleasures of sophisticated architecture; for Parliament will soon be relocated to the nation’s real capital.” The Bundestag (Lower House of Parliament) moved to Berlin in 1999.

But it is still worth taking a look at the building today, as the facility is now part of the World Conference Center, where high-profile events such as the 2017 UN Climate Conference and Deutsche Welle’s annual Global Media Forum have been held. Architect Günter Behnisch, who along with Otto Frei in the early 1970s had already spearheaded realisation of the engagingly open tent roof at the Munich Olympic Stadium, went on to create a masterpiece of democratic architecture: a light-flooded Parliament building with a transparent glass facade. The building is notable for the following: it enables people outside the building to observe the goings-on within; its visual sight lines to the outside; and the circular arrangement of the seats in the Parliamentary chamber that Hans Schwippert had been unable to achieve in his 1949 Parliament building.

The building created the impression that the MPs were seated out of doors, ensconced amongst the trees, the sky and the Rhine, of all German rivers the one most steeped in history. Even a healthy dose of chaos proved to be unobjectionable – the engagingly wedged wooden slats on a banister resembling a bird’s nest. 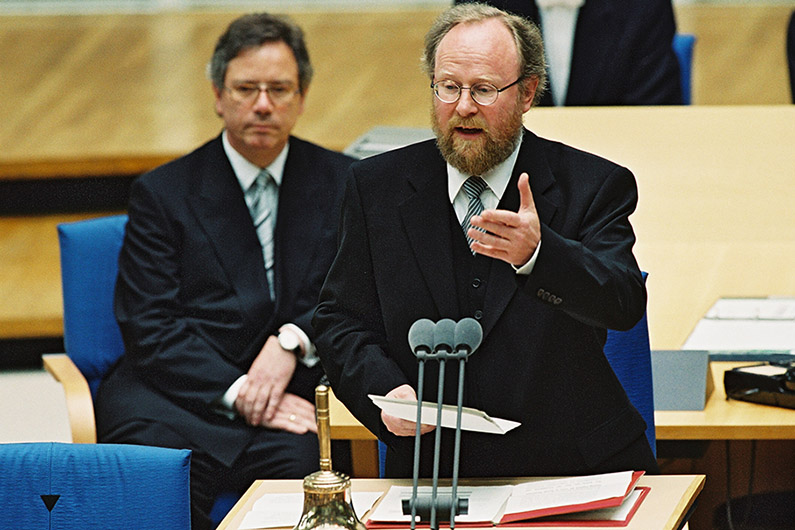 It was at this optimistic worldview-embodying venue (which didn’t feel at all like an auditorium) that, beginning in 1992, the first all-German Parliament set about the task of shaping the Aufbau Ost, or economic reconstruction of eastern Germany. It was here that, in 1993, the MPs also debated placing restrictions on asylum rights while being besieged by demonstrators; in 1998 the hot topic was introduction of the euro; and the following year the debate centred around the German army’s combat mission in Kosovo. 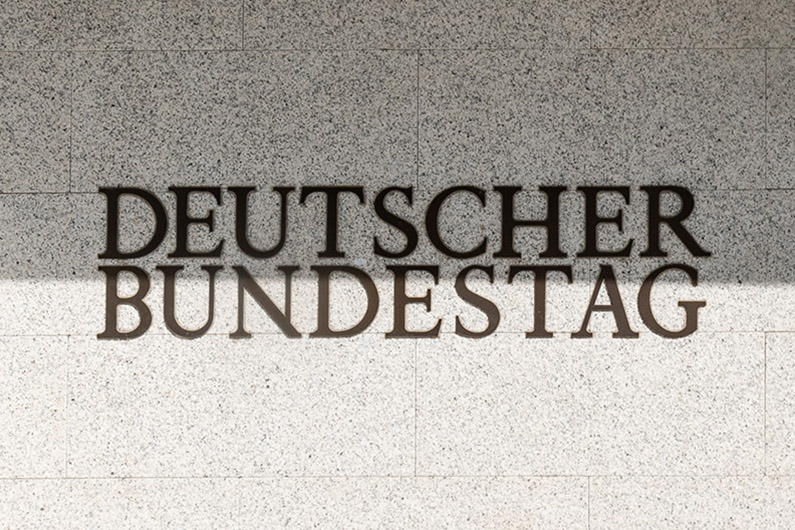 History was made in the chamber of the Deutsche Bundestag in Bonn, until the government relocated to Berlin, 2018.
Stiftung Haus der Geschichte/Benjamin Westhoff

And then it all came to an end. “We are departing for Berlin, but we are not founding a new nation,” said Helmut Kohl on the occasion of the final Bundestag session in Bonn on 1 July 1999. He lauded the “genius loci of this city” who had been so instrumental in setting the Federal Republic on a stable course: “It was the ideal breeding ground for a political culture that has contributed greatly to enabling our nation to regain trust, prestige and above all understanding vis-à-vis the rest of the world. [...] It is a truly precious heritage that Bonn is passing on to Berlin [...].”

... that Federal President Johannes Rau was inaugurated during the last Bundestag session to be held in Bonn? The Federal Assembly had elected Rau five weeks previously, in the rebuilt Reichstag building.