The "Langer Eugen" office tower, which in 1969 was the tallest building in the federal capital of Bonn, housed the offices of members of the Bundestag (Lower House of Parliament) until 1999. Today, the building is the central structure of the UN Campus and houses a number of UN institutions.

In his 1968 spy novel “A Small Town in Germany”, which is set in Bonn, John le Carré described the “capital village” on the Rhine as a "waiting room for Berlin". But when you get right down to it, life in a “waiting room” doesn’t amount to much. And so, despite the 1956 construction freeze, the Bundestag began planning a new office building, which was eventually built (1966-1969) and in the TV age, as an office tower for members of Parliament (MPs), became a Bonn landmark. The former MP offices at the southern end of the Bundeshaus, which were housed in an erstwhile seven-storey building, built in 1955 (and to which one floor was later added) had long since outgrown their usefulness. 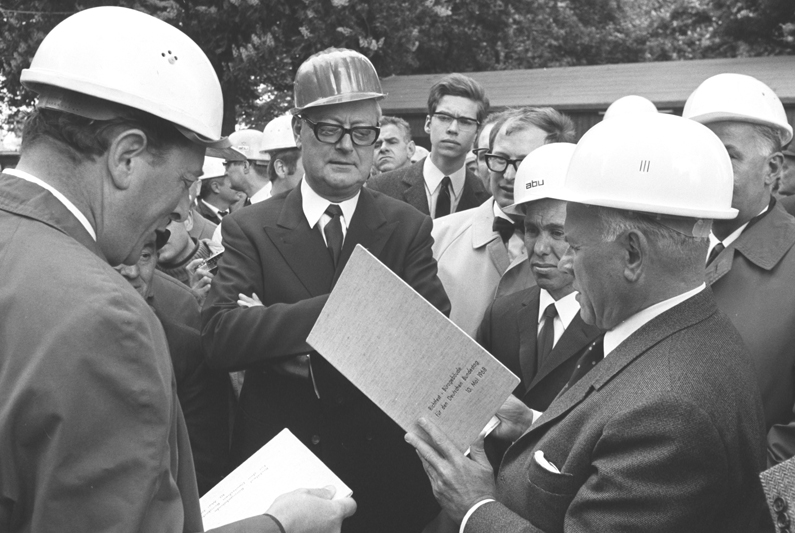 Bundestag President Eugen Gerstenmaier lamented, “I simply cannot (...) ignore the demands of 200 to 220 MPs who have to double up on office space. When one MP makes a phone call, his office mate has to stand out in the corridor. And if one of them has a visitor, the other – after staying in the room for the first few minutes of the conversation – has no choice but to ask ‘Would you rather I left?’” 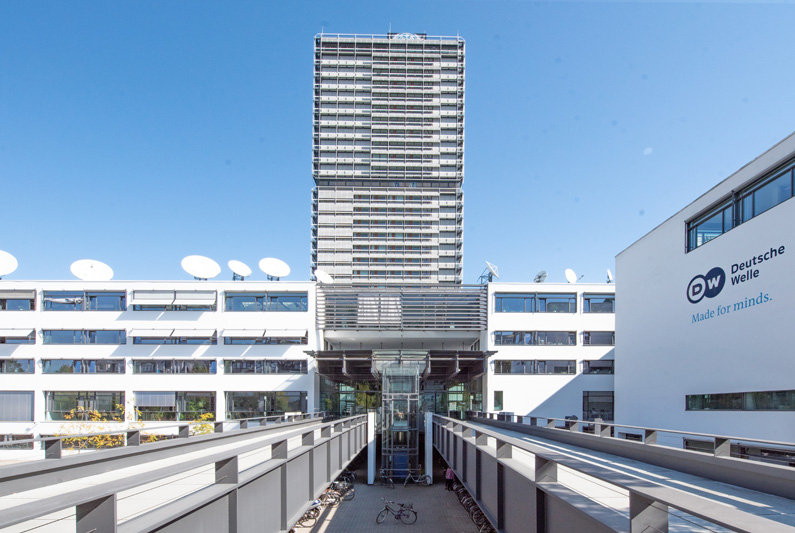 The building, which is located in Bonn, was constructed to meet the needs of Bundestag members for more office space. Since 2003 Germany’s international broadcasting service "Deutsche Welle" has been beaming its programs from a building right next door, 2018.
Stiftung Haus der Geschichte/Benjamin Westhoff

The new building was deliberately designed to be the “tallest building in the Bonn-Godesberg metropolitan area, so that Parliament will have a direct impact on the cityscape.” 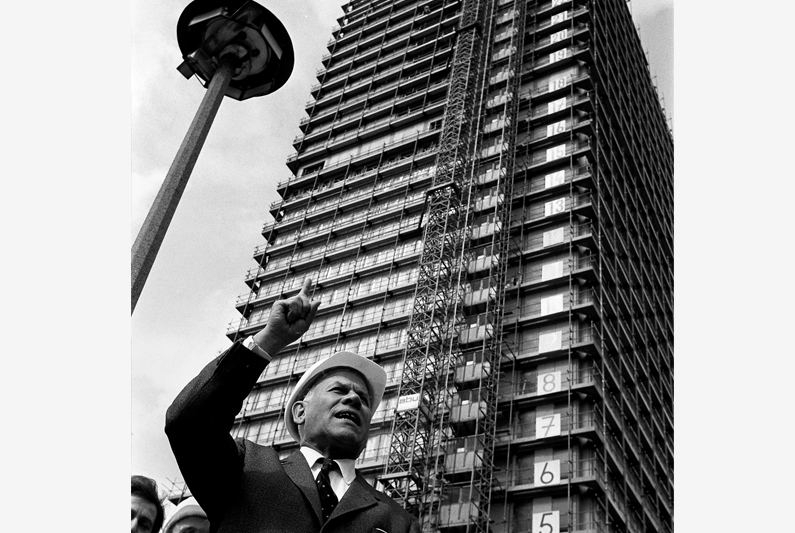 The 30-storey "Langer Eugen" office tower was Bonn’s tallest building back then, 10 May 1968.
Bundesregierung/Engelbert Reineke

And so it came to be, as planned. The plans drawn up by architect Egon Eiermann resulted in a 114-meter high building located in close proximity to a playing field. It consisted of 30 storeys, and was chock full of offices and conference rooms – not to mention a restaurant with a view. The building acquired the nickname "Langer Eugen" (“Tall Eugen”) – possibly because Bundestag President Eugen Gerstenmaier, who had advocated mightily for the office tower, wasn’t a very tall man.

The MP office tower gave rise to fears that the “interim” capital of Bonn was becoming “permanent”, as the newspaper Hamburger Abendblatt protested in 1968, while construction was underway.

But – though all concerned were loathe to admit it – the Bundeswolkenkratzer, or federal skyscraper, turned out to be too small once its tenants had moved in. Today it is part of the UN campus. Next door, journalists from Germany’s international broadcasting service "Deutsche Welle" still go about their tasks in brightly lit offices, in a building on which construction began in 1989 as an addition to the "Langer Eugen" office tower.

…that Bundestag President Eugen Gerstenmaier (CDU) was part of the German resistance to Hitler? On 20 July 1944, he found himself at the Bendlerblock building complex “packing a pistol and a pocket bible.” Following the failure of the Beer Hall Putsch, Gerstenmaier was sentenced to seven years in prison.