In 1993, the FDP moved into its new party headquarters, 2018.
Stiftung Haus der Geschichte/Benjamin Westhoff
The building – here in a view from 1998 – is named after Thomas Dehler, the first Federal Minister of Justice and Federal Chairman of the FDP.
Bundesregierung/Ulrich Weichert

Located on Willy-Brandt-Allee in Bonn, from 1993 to 1999 this edifice was the FDP’s fourth headquarters.

For many years, parliamentary activity in Bonn was dominated by three parties: the CDU, SPD (the two largest parties) and the Freie Demokratische Partei (FDP), or Free Democratic Party, which is considerably smaller but made its mark by virtue of its strong positions on market economies and civil rights.

The first headquarters of the Free Democratic Party, whose regional associations merged to form the Free Democratic Party at the 1948 Heppenheim party conference, was located at Moltkestraße 5, beginning in June 1950. In November 1956 the party moved into a former psychiatric hospital at Bonner Talweg 57, and in April 1976 relocated again to a building at Baunscheidtstraße 15 that had previously been occupied by the SPD while Ollenhauer-Haus was under construction. 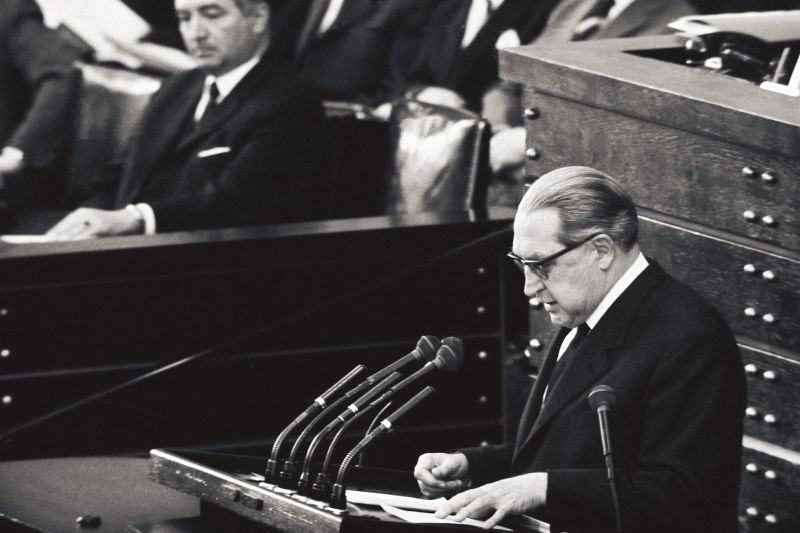 Thomas Dehler was Vice President of the Deutscher Bundestag from 1960 until his death in 1967.
Bundesregierung/Gerhard Heisler

In 1989, shortly before the fall of the Berlin Wall, the Free Democratic Party decided to construct a new office building on what is now Willy-Brandt-Allee. But the project was put on the back burner until May 1993, as the key issue of German unification had in the interim led the party to doubt whether they really wanted to move into the building; plus the remains of a Roman settlement were uncovered at the site.

Like the party’s headquarters on Baunscheidtstraße, the new building was named after the erstwhile party chairman Thomas Dehler, an attorney who, like Theodor Heuss, was a member of the left-wing liberal DDP party in the Weimar Republic. From 1948 to 1949, Dehler was a member of the Parliamentary Council and subsequently of the Bundestag. But his main accomplishment was having established the FDP as a force to be reckoned with. “The FDP", states the party’s first political programme, which was drafted in 1957 toward the end of Dehler’s tenure, “shall strive to safeguard the freedom of all human beings to act responsibly. Out of a sense of social responsibility the party shall repudiate Marxism and socialist experiments, just as out of a sense of Christian responsibility it shall repudiate the use of religion to achieve political aims.”

The tenor of this passage differs from that of the 1971 Freiburger Thesen, (“Freiburg Principles”) in which the FDP professed its commitment to social liberalism. It perhaps also has something in common with the campaign billboard that the Free Democratic Party – who during the Kohl era mainly touted their economic and foreign policy acumen – had in front of their Bonn headquarters in 1998. The billboard shows an aquarium in which a small yellow fish is swimming against a stream of red fish, with the following caption: “Someone’s got to do it.” 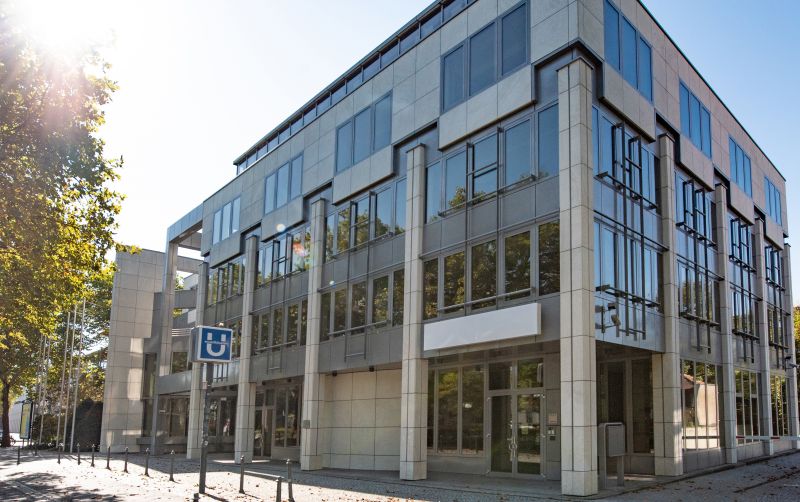 Since the party headquarters moved to Berlin-Mitte, the building has been used as an office building, 2018.
Stiftung Haus der Geschichte/Benjamin Westhoff

The 1990s and Guido Westerwelle’s tenure as General Secretary of the party (which was headquartered in Thomas-Dehler-Haus) were marked by an attempt to expand the party’s base by eliminating infighting between party liberals, who were more concerned with social policy, and the faction for whom economic policy took priority. The "Wiesbadener Grundsätze", or Wiesbaden Principles, adopted at the May 1997 Federal Party Conference spoke in the same breath of “market economies and the social responsibilities entailed by them,” and the party’s vision of a “liberal civil society.”

But when, in July 1999, the FDP (now led by Wolfgang Gerhardt) relocated to Berlin, the Free Democratic Party found itself on the opposition bench in the wake of the 1998 Bundestag elections. The Grand Coalition era notwithstanding, this was an unusual role for the party, which was the coalition partner of the SPD or CDU from 1969 to 1998 and from whose ranks all of the government’s Foreign Ministers (among other top officials) were drawn during this period. 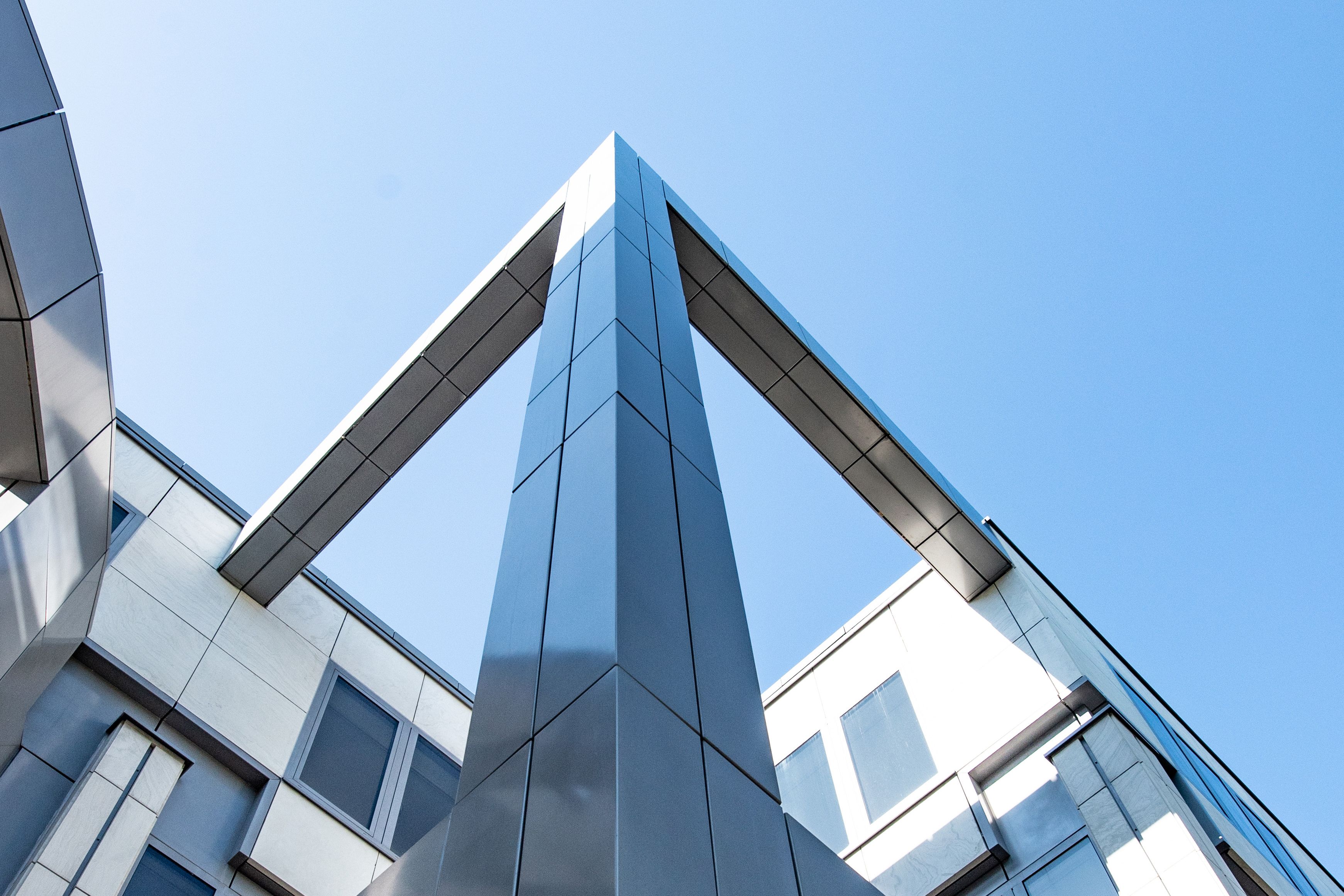 The foundation stone for the Thomas-Dehler-Haus was laid in 1991 by the then FDP chairman Otto Graf Lambsdorff, 2018.
Stiftung Haus der Geschichte/Benjamin Westhoff

... that beginning in 1950, Thomas Dehler, who was Minister of Justice at the time, resided in the Rosenburg villa in the Bonn district known as Kessenich? The former lawyer’s motto, according to the newsmagazine Der Spiegel, was, “Justice, more justice and even more justice – and fewer laws.” The personnel policies in the Rosenburg villa made headlines later on, though.