The hall of the Federal Press Conference was nicknamed "Aquarium" (fish tank) because of its architecture, 2018.
Stiftung Haus der Geschichte/Benjamin Westhoff
The wooden wall with the square pattern behind the podium is as much a hallmark of the hall as the large windows, 2018.
Stiftung Haus der Geschichte/Benjamin Westhoff
Federal Chancellor Helmut Kohl (right) and GDR Prime Minister Hans Modrow issued a press statement on 13 February 1990 on the negotiations on German Unity.
Bundesregierung/Engelbert Reineke

The press room of the Federal Press Conference is a venue where journalists hold press conferences that they themselves convene.

On 15 September 1949, Konrad Adenauer was elected West Germany’s first Chancellor by a majority of just one vote in the parliamentary chamber “Deutscher Bundestag” at the Bundeshaus. On this occasion, a group of journalists posted a manifesto calling for a new type of press association to be established – one that would be convened not by politicians, but rather by parliamentary correspondents – who would invite selected politicians to attend. There was a precedent for this: such an organisation had previously existed in Weimar Germany, for the Hannover state assembly in 1947, and for Frankfurt’s economic council. The Federal Press Conference came into existence on 11 October 1949.

The first politicians that the parliamentary correspondents invited to attend were Konrad Adenauer and Ludwig Erhard. These press conferences were held in various Bundeshaus rooms, due to the fact that the secretarial pool was still occupying one of the press offices. From 1967 onwards, the Federal Press Conference began inviting politicians and other prominent individuals on the political scene to a dedicated room at the Tulpenfeld office complex. 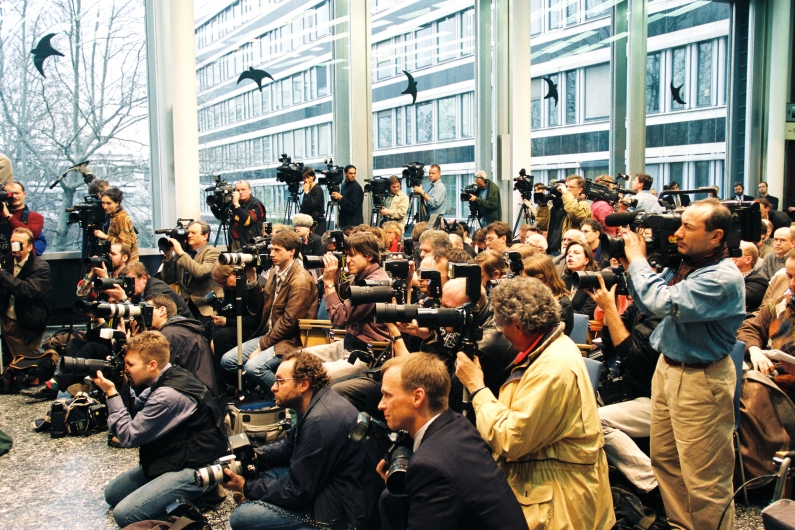 The room, which in the government quarter was referred to as the "Aquarium" (fish tank), was on the first floor of a six-floor building. It jutted out into the plaza in front of the building, rested on stilts, and had floor-to-ceiling windows on both sides.

This architecture was meant to symbolise the non-partisanship and transparency that it was hoped that the Federal Press Conference would inject into German politics. 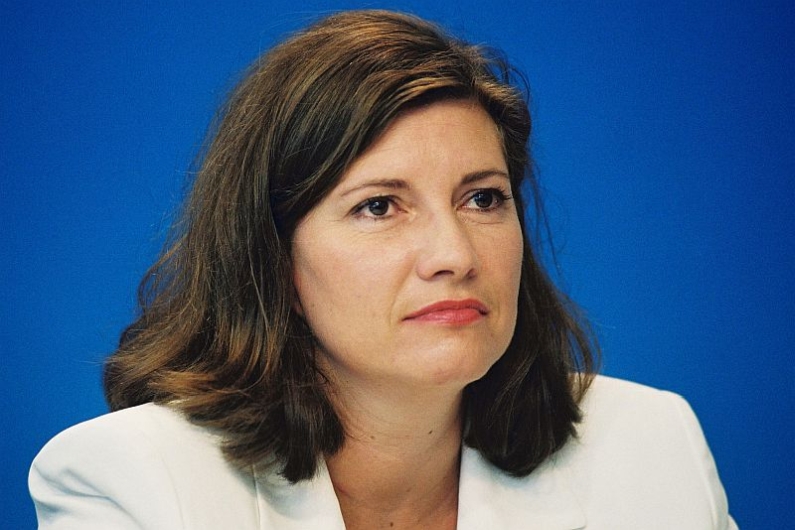 Charima Reinhardt was deputy government spokeswoman in the cabinet of Gerhard Schröder. At the last federal press conference in Bonn before the government's move to Berlin on 4 August 4 1999, she spoke about the relationship between government and journalists.
Bundesregierung/Julia Fassbender

The Federal Press Conference continued its work in Berlin as from the summer of 1999. In Bonn it is still represented by a branch office.