Since the 1950s, Schloss Deichmannsaue in Mehlem has hardly changed from the outside, 2013.
Foto: Eckhard Henkel/Wikimedia Commons/CC BY-SA 3.0 DE
In 1951, a large building complex was added to the castle, 2019.
Stiftung Haus der Geschichte/Axel Thünker
In 1955, the Allied High Commission announed the repeal of the occupation statute for the Federal Republic in this part of the building, 2019.
Stiftung Haus der Geschichte/Axel Thünker

US High Commissioner’s headquarters and US Embassy
1950–2000

Upon the founding of West Germany in 1949, the US High Commissioner was headquartered in a small castle in Bonn-Mehlem. It was at one time owned by the Deichmann family. They were prominent Cologne bankers who, since 1836, had summered in the meadow on the Rhine, where, in 1911, they renovated their estate. Deichmannsaue Castle, after restructuring and renovation measures, later became the headquarters of US High Commissioner John Jay McCloy. In 1951, a modern, 21,000 square meter office building was constructed next to the castle for the staff of the High Commission for Occupied Germany (HICOG).

A special housing tract was also installed in Plittersdorf for HICOG staff and their families. The 1953 edition of Baedeker’s travel guide referred to the tract as “Little America.” The houses were all outfitted with electric cookers, refrigerators, and “hot water available around the clock.” The guide also noted that the tract had its own shopping street, a pavilion-style school, a gym, a swimming pool, a clubhouse, a restaurant and a cinema. 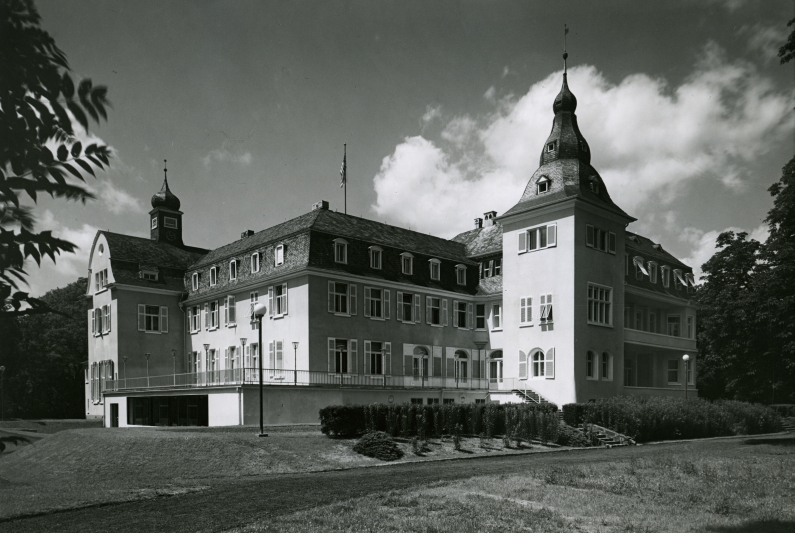 The HICOG, however, ceased to function in 1955. As early as May 1952, all three High Commissioners – the American, the British and the French – hammered out the details of a treaty with the German government during a two-day meeting at Deichmannsaue Castle, which was also attended by German Chancellor Konrad Adenauer. The resulting General Treaty (Deutschlandvertrag), which was signed on 26 May 1952 in the parliamentary chamber of the Bundesrat and was a first step toward rescinding the Occupation Statute, came into effect in 1955, by way of the Bonn-Paris conventions. As a result, the office of the Allied High Commission moved from Petersberg to block 3 of the HICOG building in 1952. 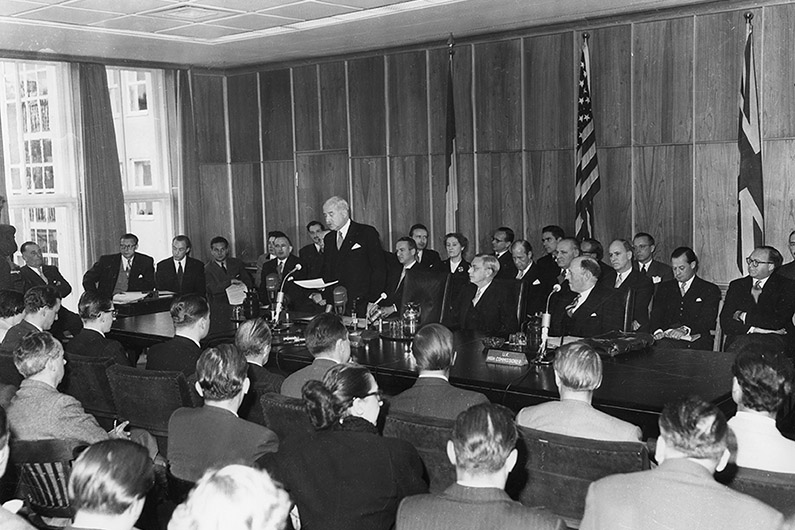 The Allied High Commissioner of France, André François-Poncet, is speaking at the ceremony to repeal the occupation statute on 5 May 1955.
ullstein bild - dpa 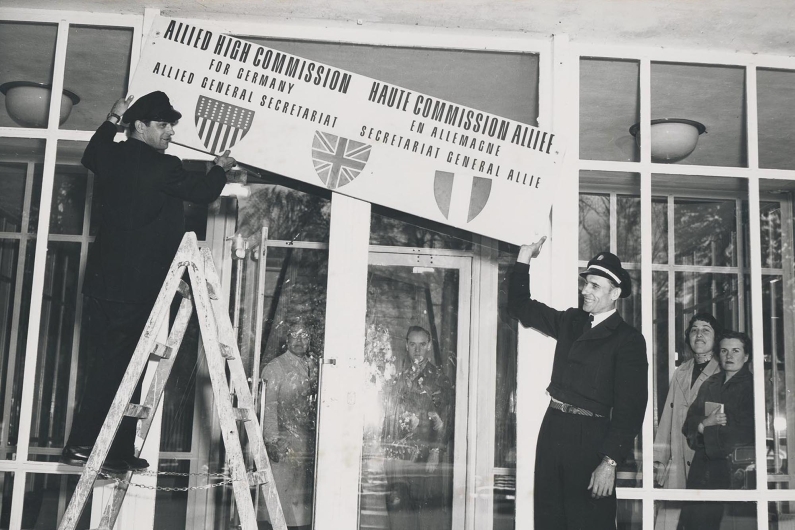 The end of the Allied High Commission: Changing signs on 5 May 1955.
picture alliance/AP

This proclamation marked the conclusion of the Allied High Commission’s work and made the newly founded Federal Republic of Germany an extensive sovereign nation.

James B. Conant, who had previously served as the president of Harvard University, became the first American ambassador to West Germany, and the Deichmannsaue campus housed the US Embassy from 1955 to 1999. 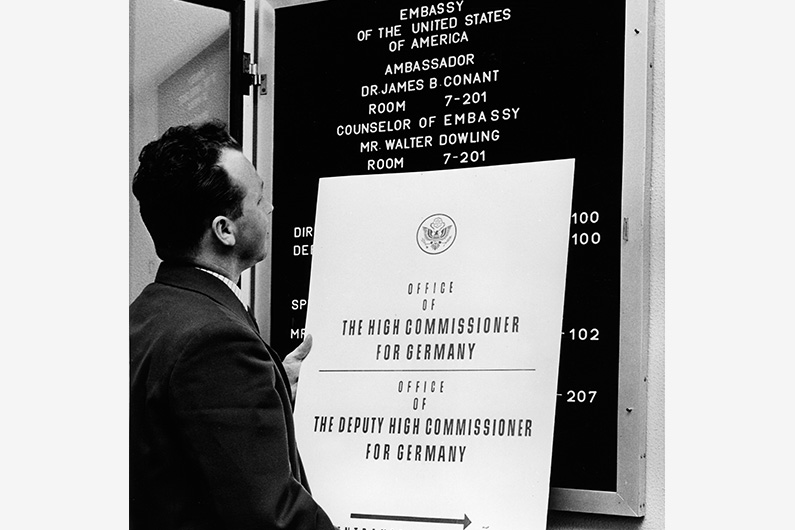 The Allied High Commissioner of France, André François-Poncet, is speaking at the ceremony to repeal the occupation statute on 5 May 1955.
ullstein bild - dpa

In the summer of 1954, the US Embassy shared the Deichmannsaue facility with the Federal Housing Ministry (among other government agencies), which was housed there beginning in May of 1955. In 2000, the US Embassy moved into its new quarters in Berlin. Since then, the Federal Office for Building and Regional Planning has been headquartered on the former HCOG campus – and since 2005 the Federal Office of Agriculture and Food has also been housed there (it was previously headquartered in Frankfurt).