In 1989, the fall of the Berlin wall was officially announced in the Wasserwerk Parliamentary chamber, 2007.
EPei, Bonn Wasserwerk, CC BY-SA 3.0

Parliamentary chamber of the German Bundestag
1986–1992

The Bundestag (Lower House of Parliament) met from September 1986 to October 1992 in the converted pump house of an old water treatment plant. Today, this facility’s campus is part of the World Conference Center Bonn.

In the summer of 1986, the members of the Bundestag (Lower House of Parliament) had to vacate the parliament hall at the Bundeshaus building (1949), which was being torn down to make way for a new building on the same site. Their temporary quarters, only a stone’s throw away, was a water treatment plant pump building, whose facades seem like quotations from church architecture and Rhine romanticism. From 1875 to the late 1950s, groundwater was pumped from here to meet the city’s water demand. It was subsequently used as a warehouse for discarded furniture and printed matter. But despite the renovation, space was more at a premium than ever.

It was here that, in the fall of 1989, the parliament was informed that the Berlin wall had fallen. On that fateful November day, the members of Parliament (MPs) tried to conduct business as usual, despite the dramatic events that were unfolding in the German Democratic Republic (GDR). For weeks, mass demonstrations had been putting the Socialist Unity Party regime under pressure, with people trying to flee East Germany via Hungary and Czechoslovakia. Thousands sought refuge in the Embassy of the Federal Republic of Germany in Prague. 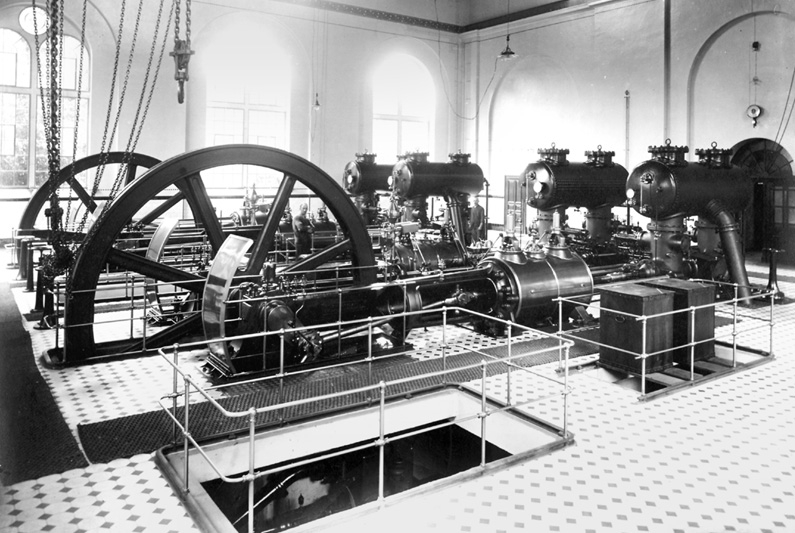 The converted pump house of this former water treatment plant was used as a storage facility until the mid 1980s.
Stadtarchiv und stadthistorische Bibliothek Bonn

And then, in the midst of the parliament’s deliberations, a message arrived: “Before addressing the topic at hand,” said CDU MP Karl-Heinz Spilker (who was going to be talking about a law to promote associations), "I would like to read you a message that has just come in. (...) Henceforth, citizens of the GDR can exit the country via all border posts between the GDR and the Federal Republic.”

The MPs applauded. They ultimately held the vote that was scheduled for that day, but the session was suspended for 20 minutes. The Chancellery Minister then read to the chamber a statement from the government, and the members of all parties briefly expressed their views. According to the transcript of the session, “those present rose from their seats and sang the national anthem.” A powerful moment.

With reunification, which took place in October 1990 following months of tough negotiations, space at the Wasserwerk parliamentary building became scarcer than ever, as the new federal states now also sent their representatives to Bonn. Before long, they had to grapple with the issue of where the newly reunified nation’s capital city should be located. “Germany’s capital is Berlin. The issue as to the seat of parliament and government shall be decided once Germany's unity has been established,” says the 1990 Unification Treaty. 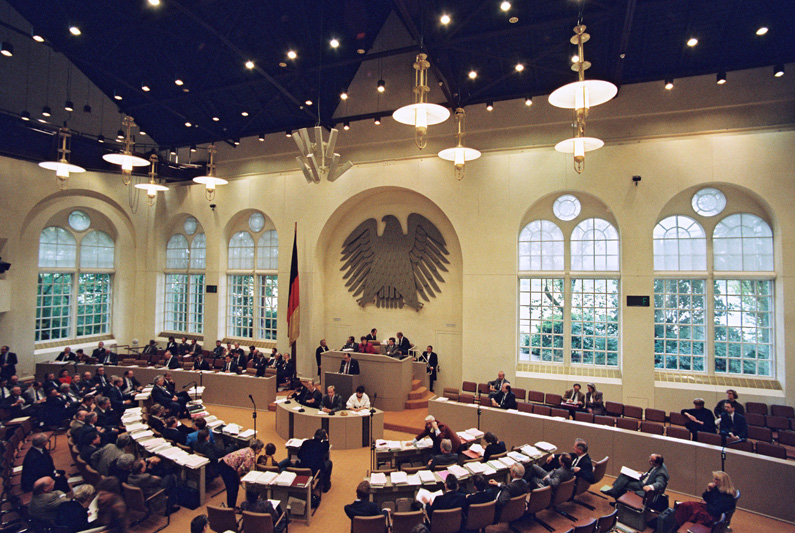 The Bundestag convened for the first time after reunification in this chamber on 5 October 1990.
Bundesregierung/Wolfgang Lemmerz

The debate on this issue, which took place in the Wasserwerk on 20 June 1991, extended over almost 12 hours and was highly emotional. The result was announced at 9:49 p.m.: 320 members had voted in favour of moving the seat of the Bundesrat (Upper House of Parliament) and Federal President to Berlin, while 337 MPs voted in favour of parliament and the essential elements of the government relocating to Berlin along with the Bundesrat and Federal President. 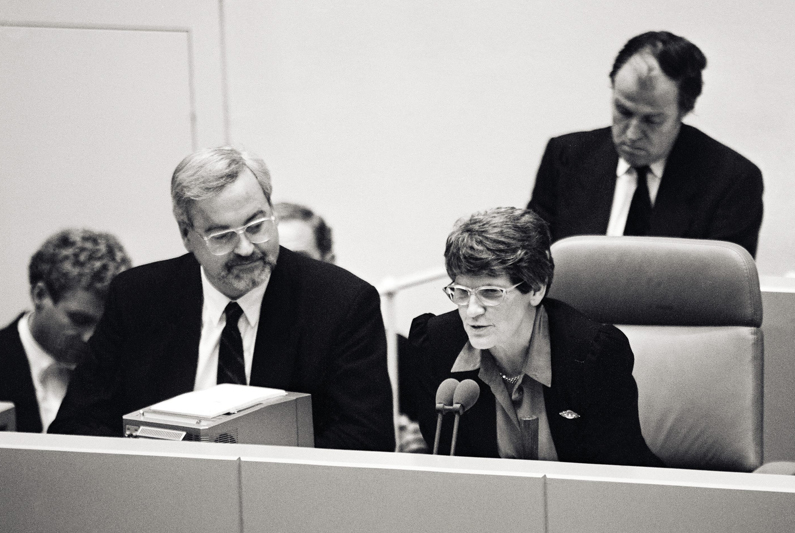 On 20 June 1991, President of the Bundestag Rita Süssmuth announced the result of the vote on the future location of the parliament. The majority of the Bundestag decides to move to Berlin.
Bundesregierung

The factor that tipped the balance in favour of Berlin is said to have been Interior Minister Wolfgang Schäuble’s speech at the session. He evoked the symbolism of Berlin during the Cold War, the 1948 airlift, the suppressed popular uprising of 17 June 1953, the building of the Berlin Wall in 1961 and the events of 1989-1990. “I believe,” he said, “that during the 40 years in which we were divided, most of us (had we been reunified) would have been puzzled by the location of the seat of parliament and the government being an issue at all – and would have said: of course in Berlin.” Former Chancellor Willy Brandt, who was Lord Mayor of Berlin during the construction of the Berlin Wall, strode decisively down the aisle after the speech and, deeply moved, gave Wolfgang Schäuble a warm handshake.

... that Chancellor Helmut Kohl was not in Bonn when the national anthem was sung by all present in the Bundestag (Parliament) on 9 November 1989? At the time he was in Poland, the country that played a key part in fomenting unrest in the Eastern bloc.