From 1951-1999, Villa Dahm on Dahlmannstraße was the headquarters of the Deutsche Parlamentarische Gesellschaft (Society of German Members of Parliament), 1999.
Bundesstadt Bonn/Hans Egon Drüe

Dahlmannstraße is a street name that at one time stood for the close relationship between media and politics in Bonn. During the period when Bonn was Germany’s capital, many offices of German newspaper correspondents, as well as the studios of the TV station WDR, were located on Dahlmannstraße.

Among the few new buildings that were regarded as indispensable for setting up the interim capital in 1949 were the press offices on Görresstraße and Dahlmannstraße. These facilities were prefabricated structures that were assembled in no time and were meant to last 15 years, according to the company that made them. Though the interiors were basic, the sense that those involved were embarking on a new and exciting adventure engendered a very special atmosphere. 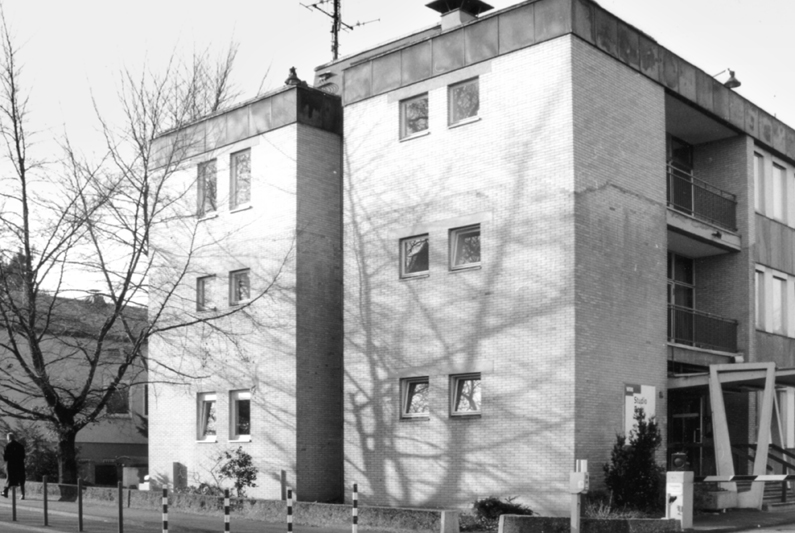 Until the building was torn down in 1999, German broadcaster WDR’s Bonn studio was housed here, 1999.
Bundesstadt Bonn/Hans Egon Drüe

The Bundeshaus press cafeteria and the kiosk opposite the Bundesrat (Upper House of Parliament) that opened in 1957, were where members of the press congregated to exchange information. The fact that these amenities were only a few steps away enabled members of the press to communicate with each other all the time. The lucky few were granted the privilege of being included in the goings-on at Palais Schaumburg, or being invited to Adenauer's “tea-talk” background sessions with journalists.

Parliament correspondents set up shop on Dahlmannstraße, including the newsmagazine Der Spiegel (at no. 20) and the studios of WDR TV, which moved into the unadorned clinker brick building at no. 14 in 1960. Both of them stayed put, even when part of the press corps moved to the new press building at Tulpenfeld.

In the meantime, TV was becoming a medium of ever growing importance. Journalists such as Ernst Dieter Lueg and Friedrich Nowottny became iconic stars of the Bonn media scene with their program called Bericht aus Bonn (“Bonn Report”), which had been broadcasted regularly since 1963.

Gerd Ruge, WDR’s studio head from 1970 to 1972, observed “unusually close relationship between politicians and members of the media that would have been unthinkable in Washington or Moscow. Government ministers and members of Parliament (MPs) met for drinks, or as the evening wore on, dined together, in which cases the conversations tended to continue into the wee hours of the morning.”

Here, two aspects evolved simultaneously: a collegial atmosphere of mutual trust – and a certain amount of tension. All of the buildings where these events took place have vanished, except for the corner building that once housed the Bonn office of Der Spiegel magazine. The building that once housed the studios of WDR TV is now a parking lot. The fact that Görresstraße is now called Platz der Vereinten Nationen and that part of Dahlmannstraße has been renamed Karl-Carstens-Straße makes it impossible to figure out the former addresses. And of an evening, exhilarated MPs and journalists no longer take to the streets in front of the hospitable State Representation Office of the State of Lower Saxony (later Saxony-Anhalt) and North Rhine-Westphalia. 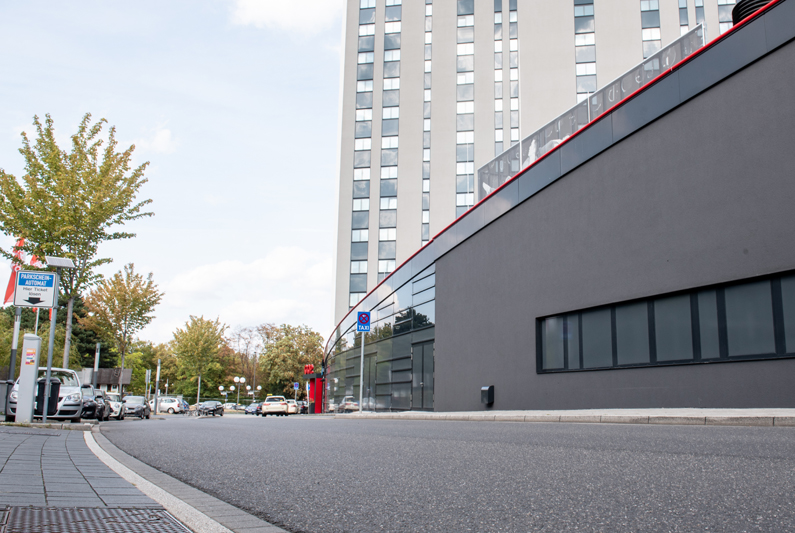 Even Villa Dahm (1867), whose grounds between Dahlmannstraße and Görresstraße once housed press offices, ultimately made way for the World Conference Center Bonn. This double villa, where the German Press Agency, among others, was initially located, was an actor in the informal annals of the history of the Federal Republic of Germany. From 1955 to 1999 the building housed the Deutsche Parlamentarische Gesellschaft (Society of German MPs). It was meant to be a quiet venue (modelled on its British counterpart) away from the hurly-burly of politics, where MPs of all stripes could recharge their batteries, in the interest of preventing MPs from reverting to the bitter factionalism of the Weimar period – and so that MPs could lick their wounds and come to grips with themselves and their fellow MPs.

…that the theme music of the program Bericht aus Bonn (“Bonn Report”) was composed by German jazz musician Paul Kuhn?