The Bundesbüdchen at its new location in the former government quarter, 2021.
Stiftung Haus der Geschichte/Axel Thünker
The kiosk has had its place on Görresstraße for almost 50 years, here in 2005.
Jürgen Schulz

An inconspicuous pavilion-style kiosk became the "symbol of the Bonn Republic" after the government’s move to Berlin in 1999. Before that, it is a place of casual encounters, short conversations and unofficial meetings of politicians, journalists and visitors.

The Bundeshaus (Parliament Building ) with the Bundesrat (Upper House of Parliament), the Bundestag (Lower House of Parliament) and the office tower of the Members of Parlimament (“Langer Eugen”), the Chancellery as the seat of government and the Villa Hammerschmidt as the official residence of the head of state – all buildings that one immediately associates with the political history of the Federal Republic, and of course, they are also its architectural landmark.

After the move to Berlin in 1999, however, another place has come to seen as the “symbol of the Bonn Republic”: an inconspicuous 1950s pavilion-style kiosk located on the street corner opposite the Bundesrat until construction of the new Congress Centre began in 2006. 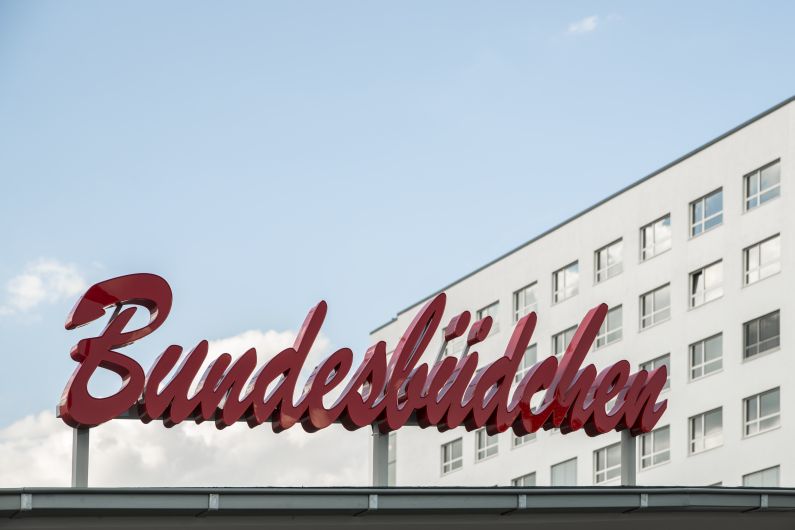 The lettering of the Bundesbüdchen in front of the former high-rise parliament building, which now houses the UN, 2020.
Stiftung Haus der Geschichte/Marlitt Schulz

The kiosk was run by a woman named Christel Rausch, who waited for customers with a fruit cart on Görresstraße, even in the early years of the Republic. The war widow who came from Landskron in the Sudentenland was happy to secure her livelihood this way and stood outdoors in all types of weather.

The cart became a shed. Eventually, the shed gave way to a mobile sales trailer. In 1957, Christel Rausch was finally allowed to build a pavilion-style shop. Newspapers, magazines, cigarettes and bread rolls and other things were sold here.

The kiosk – “Bundesbüdchen” (Federal Kiosk) as the people around Bonn said – became a place for casual encounters, short conversations and unofficial meetings of politicians, their staff, journalists and visitors – unpretentious and human. “That's just how Bonn was like,” former Labour Minister Norbert Blüm said of the kiosk: “Not pompous. A lovable republic.”

The kiosk is not least a nostalgic place.

All the greater was the joy in 2020 at the return of the kiosk to the neighbourhood. 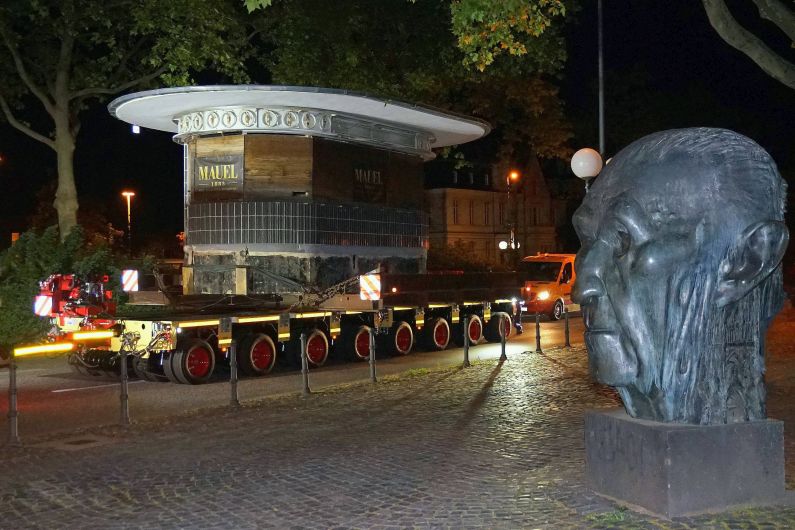 A low-loader brought the kiosk back to the former government quarter in May 2020.
Jürgen Schulz

It traveled by low-loader from a building yard in Bornheim, where it had been waiting for the remodeling of the government quarter area to be completed, to Heussallee 13 as its new location.

Only Jürgen Rausch, who often sat next to his mother as a child and ran the kiosk from 1984 to 2006, is no longer behind the counter. He now contributes as a contemporary witness. 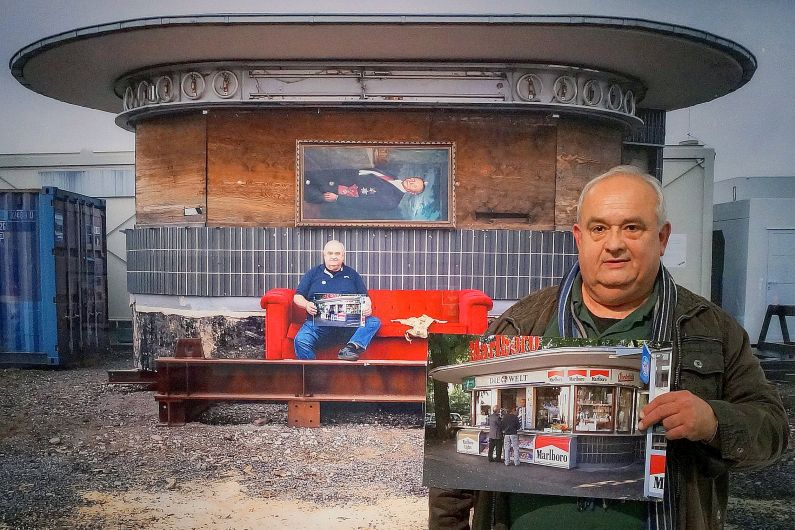 Jürgen Rausch had been fighting for years for the return of the kiosk, which was stored in a building yard, 2016.
Horst Wackerbarth/Jürgen Schulz

He told the “Augsburger Allgemeine” for example about regular customers like Joschka Fischer who “ploughed through” all the headlines and bought Asterix magazines from him, about Otto Graf Lambsdorff who was already standing at the kiosk when Rausch opened it at half past five in the morning, about Hans Dietrich Genscher who “always showed up with his entourage” and bought gummy bears for the business trip, or Helmut Kohl's driver “Ecki” Seeber, who had to buy “the famous cheese roll”: “It was an interaction at eye level,” he says.

This site is part of our Architecture Tour on the Path of German Democracy.

... that there is also a kiosk from that era at Bundeskanzlerplatz? The city built it in 1952 on the tramway from Bonn to Bad Godesberg, but it never went into kiosk operation. Instead, an agency of the airline Scandinavian Airlines and later a car rental company use it.